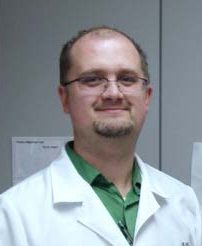 Dr. Dean Barcelow, a Royalton native, has been practicing at EyeCare for You since his graduation from the Pennsylvania College of Optometry in 2009. Dr. Dean graduated in 2005 from Union College with a Bachelor of Science degree in Business Administration. In addition to his major, Dr. Dean also completed a pre-med track in anticipation of entering the field of Optometry. While attending the Pennsylvania College of Optometry he completed both his Doctor of Optometry degree as well as an additional Bachelors of Science in Visual Sciences. He then completed a Residency in Primary Care and Ocular Disease at the White River Junction Veterans Administration Hospital. He is currently on staff at both Gifford Medical Center in Randolph Vermont and has privileges at the White River Junction Veterans Administration Hospital.

Dr. Dean and his wife have two children and a dog. His interests include sailing just about anything, making apple cider with a washing machine, gardening, keeping track of the New England Patriots, and participating in most winter sports.