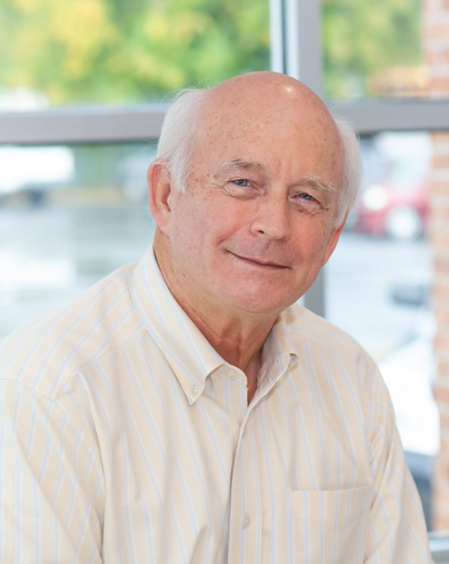 Dr. Warren, his wife, Betsy, and their three children are 35 plus year residents of the Upper Valley. Dr. Warren owned and operated Mascoma Eyecare for more than 30 years. On June 30, 2020 he merged his practice with Junction Eye Center.

Dr. Warren is a graduate of Clarkson University with a Bachelor of Science in Engineering. He received a Master’s of Business Administration from the University of Denver, and for nine years worked as an engineer in the Hartford, Connecticut area. In 1979 he left engineering and five years later graduated from the University of Missouri-St. Louis with a Doctor of Optometry degree.

Dr. Warren holds both a Vermont and a New Hampshire license for the treatment of glaucoma and the use of therapeutic pharmaceutical agents for eye diseases. Specializing in contact lens fitting for children, Dr. Warren is registered with the American Optometric Association’s Infant See program. For the teenage contact lens wearer, Dr. Warren offers Corneal Refractive Therapy – a program where contact lenses are worn while sleeping and allow 20/20 vision during the day without glasses or contacts. He has several hundred successful referrals for Lasik surgery. His office is equipped with a corneal topographer (a computer which precisely maps the front of the eye) and a cornea pachymeter (a device which ultrasonically measures the thickness of the front of the eye).

Since 2005, Dr. Warren traveled to El Salvador with VOSH (Volunteer Optometrist to Serve Humanity) to deliver eye care to the underserved population. He is member of the board of Epilogos Charities, Inc., a non-profit organization that supports the work of 2 retired Peace Corp workers in El Salvador.

Dr. Warren is a member of both the New Hampshire and the Vermont Optometric Associations. He also enjoys hiking, skiing, biking and gardening. He is a member of New England’s 4,000 FT Club having completed all 67 peaks.